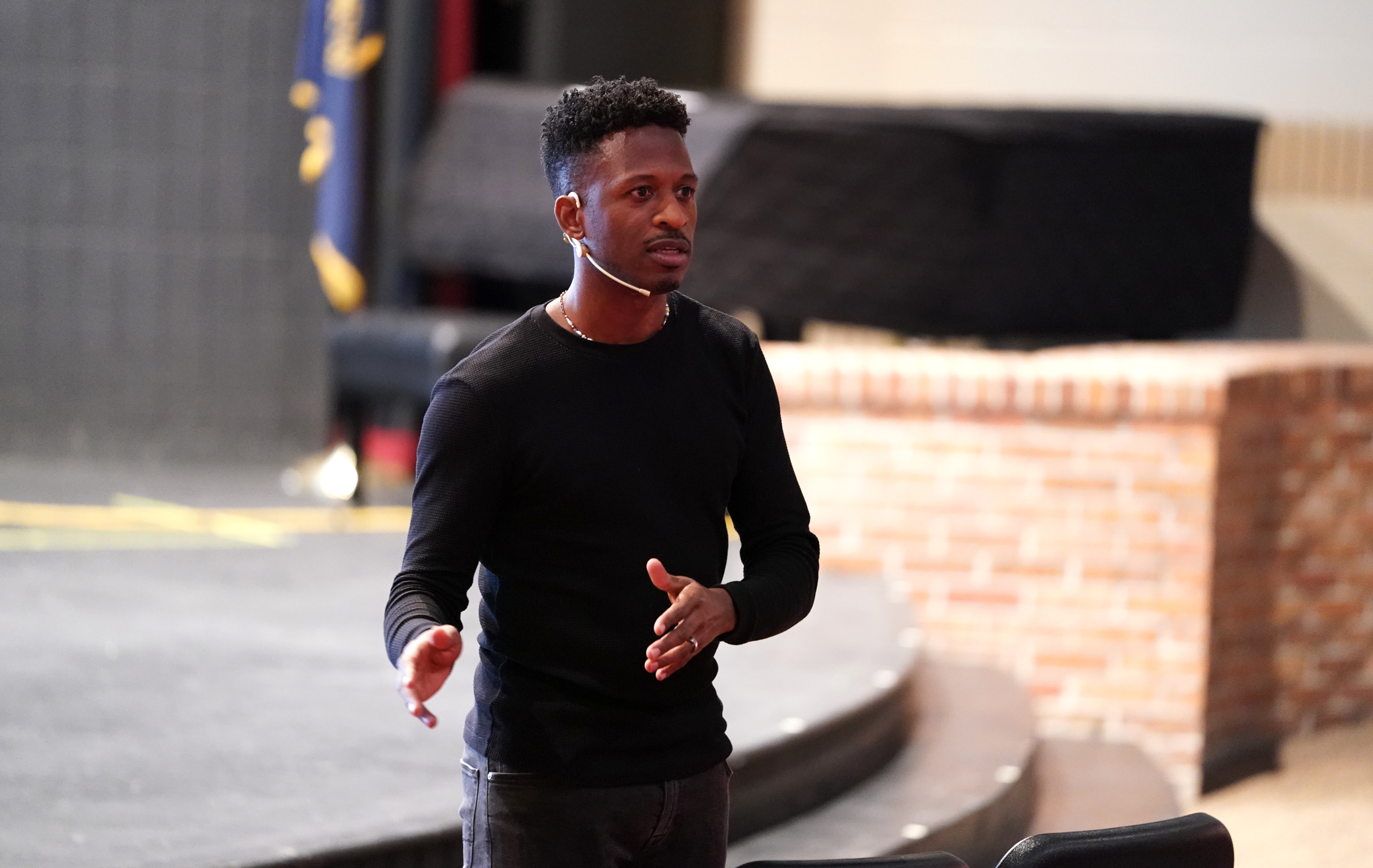 Three-time national champion and 10-time All-American Charles Clark speaks to an audience at North Platte Community College Thursday morning. Clark was the sixth fastest man in the world until he sustained a 99 percent tear in his right quad muscle, an injury that debilitated his career.

During his presentation at NPCC, Clark talked about how he bounced back after hitting rock bottom. He encouraged those in attendance to also rise and become the best versions of themselves they can be.

Clark spoke at McCook Community College later in the day.