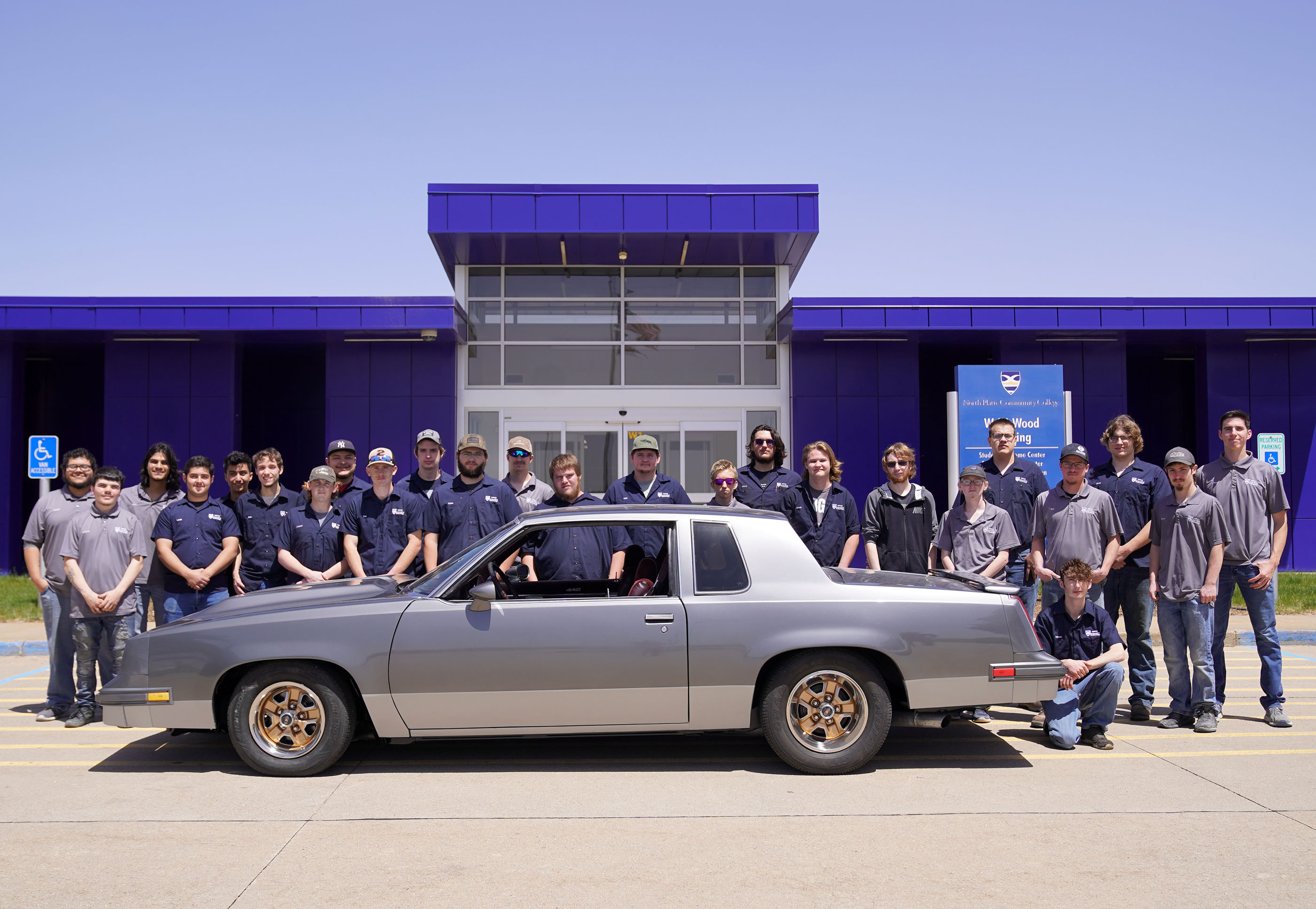 They will be sold everywhere the vehicle is displayed, at all Mid-Plains Community College campuses and at various area businesses.

The car will make its first public appearance at 9 a.m. June 17 at the NEBRASKAland Days Antique Car Show and Parade in Memorial Park in North Platte.

The Oldsmobile is the 17th raffle vehicle produced by the college’s Transportation Division. It was restored by students in the Automotive Technology and Auto Body Technology programs.

The original interior and rear end of the Cutlass were maintained. The Automotive students put in a L33 aluminum block engine, which was introduced in 2005 as the “high performance” 5.3L engine.

They also installed a 4L65-E heavy-duty automatic transmission - designed to harness performance engines on the street and strip.

Additionally, the Automotive students were responsible for a Kilduff Lightning Rod Shifter, a swap harness from Johnson’s Rodz, tubular upper control arms and 2-inch drop spindles, a custom camshaft and performance tune and tire clearance of the chassis.

Auto Body students added a custom hood and a rear trunk spoiler, painted the vehicle its original gray and silver color and repainted the pinstripes on the sides.

The Oldsmobile will tour the state throughout the summer, making appearances at car shows, parades and cruise night events. A schedule will be posted at mpcc.edu/academics/programs/classic-car-raffle.php.

A total of 10,000 raffle tickets will be offered at a cost of $10 each. Proceeds will be used for scholarships for students in the college’s transportation programs and to help offset the cost of producing the next raffle car project.

The Yellow Rose Lounge and Herrick Auto and Marine, in Curtis; Top Notch Auto and Towing and Moe’s Graphics, in Gothenburg; Kent Silvester, in Imperial, Neil Noel, in Beaver City, and Duncan Upholstery, in Cairo will also have tickets.

Additionally, tickets will be available at the welcome centers of MPCC campuses in McCook, North Platte, Broken Bow, Imperial, Ogallala and Valentine.

The drawing for the Oldsmobile will be at 2 p.m. Sept. 10 during the annual Colonel Cody’s Cruise Show and Shine in Memorial Park.