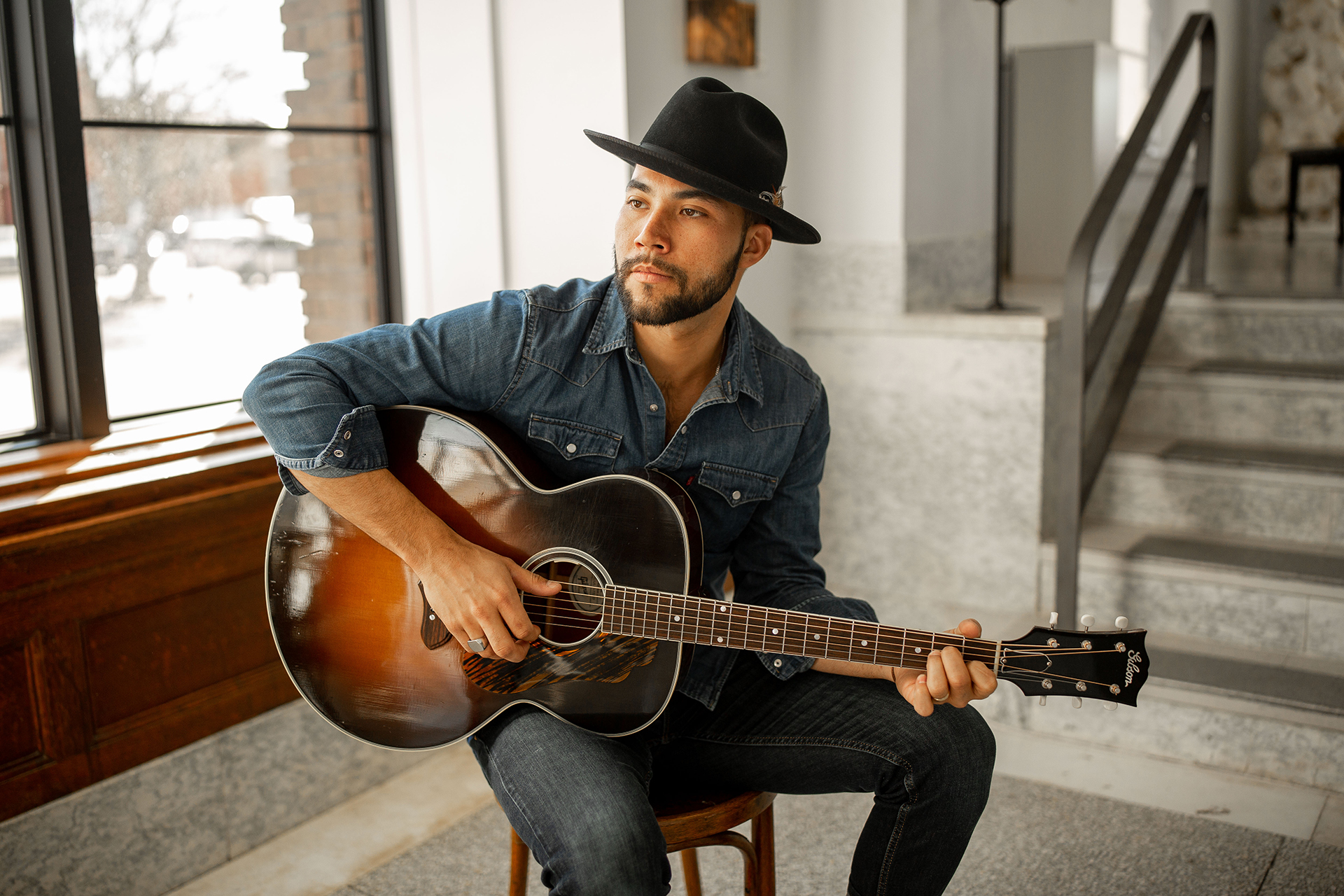 If there’s one thing Rascal Martinez believes in, it’s living life to the fullest.

In fact, it was his enthusiasm and passion for adventure that led to his moniker. Born Matthew Martinez, the Sutherland native soon earned the nickname “Rascal” because of the mischief he got into at his grandfather’s farm.

It’s that same zest for life that helped him launch, and continue, a whirlwind career as a touring musical artist.

“All I’ve ever really wanted is to be a musician,” Martinez said. “I grew up on the oldies. My parents would listen to Bing Crosby, The Beatles, CCR and Johnny Cash on the car radio. That good stuff was always on at our holiday parties, and everyone would be dancing to it and having a great time. I just took it all in. I wanted to be part of that.”

When he was about 13, Martinez talked his dad into buying him a guitar. The gift lit a fire in him that burns to this day.

“I never did take formal lessons, but my brother taught me some basic cords that were super simple, and I played around with those,” Martinez said. “I had an amp that I could plug a microphone into. I had a lot of fun, and after that, just YouTubed everything and tried to learn as many songs as I could. Practice and persistence are basically how I got to where I am today.” 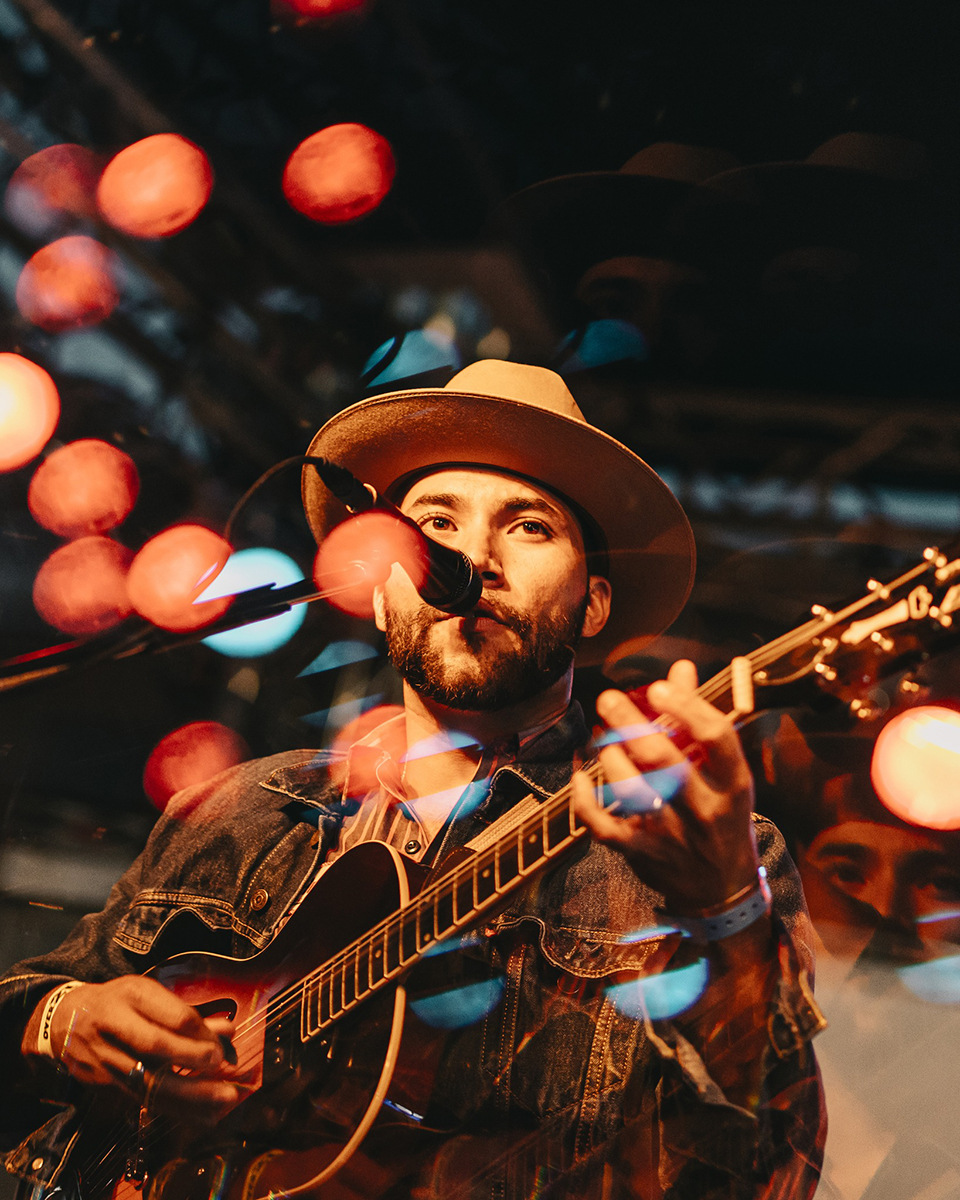 Eager to show off the skills he learned, Martinez began performing for his aunt and uncle. Eventually, the performances expanded to family gatherings.

“It just kind of snowballed from there,” Martinez said. “I would run a laptop and play the songs, and that’s how I got started deejaying parties for friends and family. I deejayed my first wedding at 16. Looking back, I would never hire a 16-year-old to deejay a wedding.”

Martinez was also the DJ at his high school prom. Most of his music endeavors, however, were outside of school.

“I didn’t take anything too seriously in high school, which is silly now,” Martinez said. “I wish I would have put in a little more effort. I was in band for a bit, playing bass guitar. I did choir for a while because my friends were there.”

His education was important to his parents who stressed that even though he wanted to be a musician, Martinez should have something to fall back on. As a result, he enrolled at Mid-Plains Community College following his graduation from Sutherland High School in 2012. 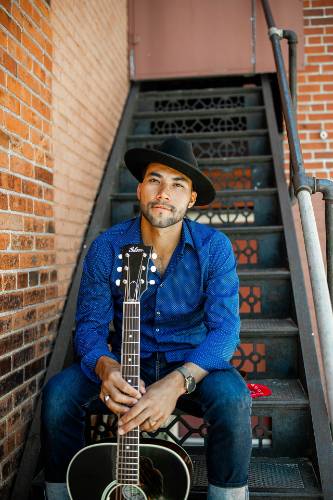 “Mid-Plains really was the best choice for me,” Martinez said. “Because I already had an established business, I wasn’t crazy about the idea of moving and starting all over. MPCC was just down the road, and I was familiar with it because my dad went to Mid-Plains as did a lot of other family members. Choosing MPCC allowed me to stay close to home, pay as I went along and receive a quality education.”

Although he didn’t pursue a music degree, Martinez did play bass for the jazz band and participate in choir.

“I didn’t go into music because I didn’t want to get tired of it,” Martinez said. “Sometimes people put all this emphasis into studying something to the point that they don’t enjoy it like they used to. I didn’t want that to happen to me.”

That’s not to say he didn’t benefit from the music classes.

“My choir instructor had a lot of good insight as far as performing consistently because she also performed outside of the college,” Martinez said. “The small things, like keeping my voice in check, made a big difference when I was out on the road singing every night.”

Some of the biggest lessons Martinez gained from his time at MPCC came from the business hallway.

“I was over there a lot,” he said. “Understanding economics, accounting – that’s all useful when it comes to running your own business. I got an award for Business Student of the Month and have it hanging on my wall. That was one of the best things that happened to me.”

He’s not sure he would have had the same experience at a larger college or university.

“Mid-Plains is a huge asset to its service area,” Martinez said. “There are so many degree opportunities, it’s affordable and offers a good education. Best of all, you get that Nebraska feel – the real Nebraska feel – where the faculty and staff are helpful and interested in talking to you and hearing what you have to say. I do love that aspect of MPCC.”

By the time Martinez earned an Associate of General Studies degree from MPCC in 2015, he felt confident enough to start out on his own.

“After that, I just went full force with my business,” Martinez said. “It was hard to find my voice in the beginning, and it never was something I decided on. I just liked doing my own thing. I wasn’t trying to be anyone else. I have so many people on my greatest influences list, but I would have to say Jim Croce, Hank Williams and Johnny Cash are my top three.” 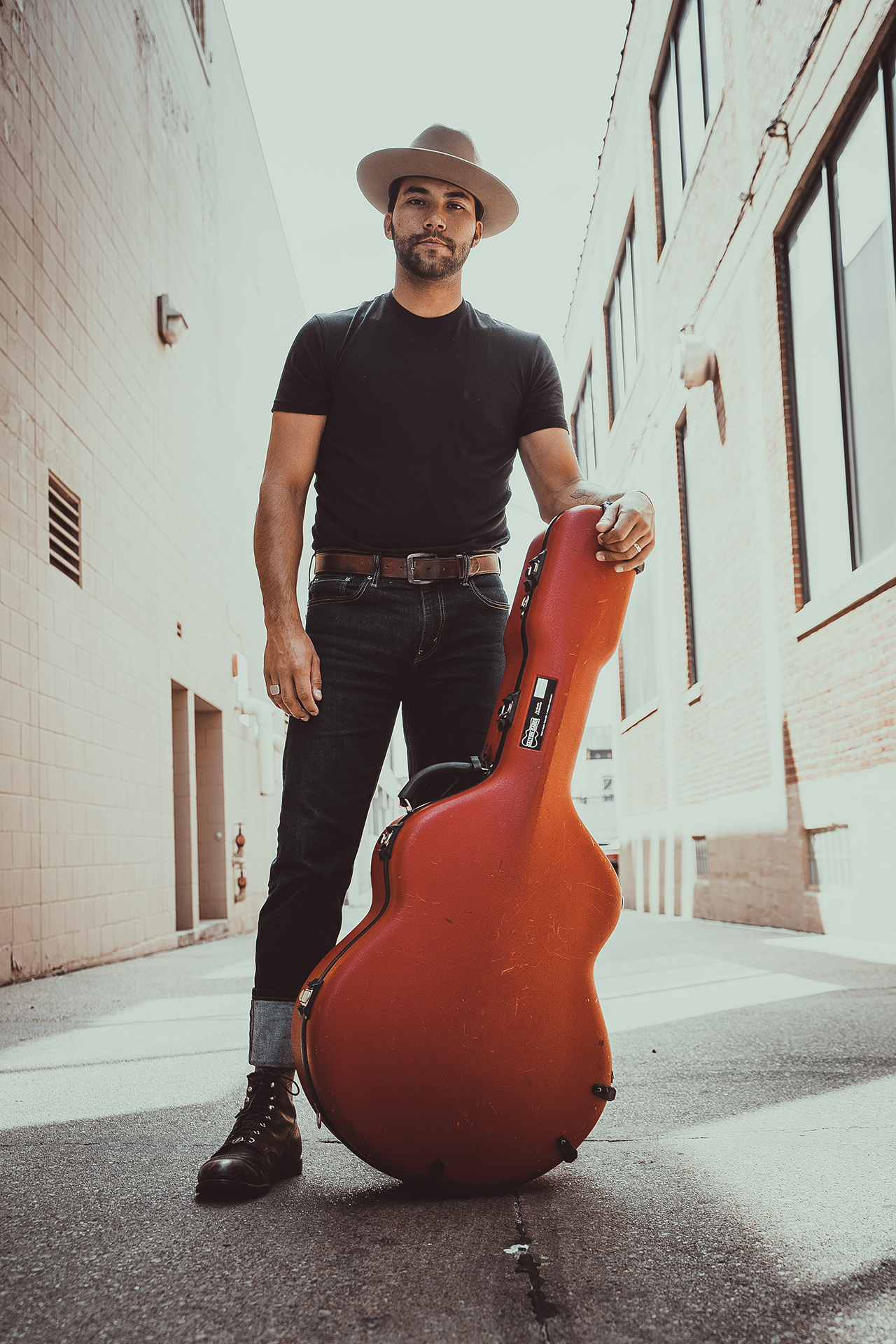 Martinez’ deep, raspy voice and soulful sound quickly gained popularity. Soon, he had branched out from performing at weddings, nursing homes and community celebrations to singing at the Nebraska State Fair.

His band, “Rascal and The Pack,” won the Texaco County Showdown in North Platte in May of 2013, and in December of that year, he gained national attention when he was featured by radio host Nate Fellows on “The Morning Dammit” show in Chicago.

Martinez has since released four albums and toured the country with his favorite places being Chicago and New York City. His favorite performances are the ones that are live.

“That’s where my best comes out,” Martinez said. “It’s hard to get the energy into recordings. Probably the biggest concert I’ve performed was either opening for Parker McCollum in Seward or headlining Hear Grand Island in front of 4,000 fans at one of my favorite places. They have a party, and it’s just a great atmosphere. We rock the house every time.” 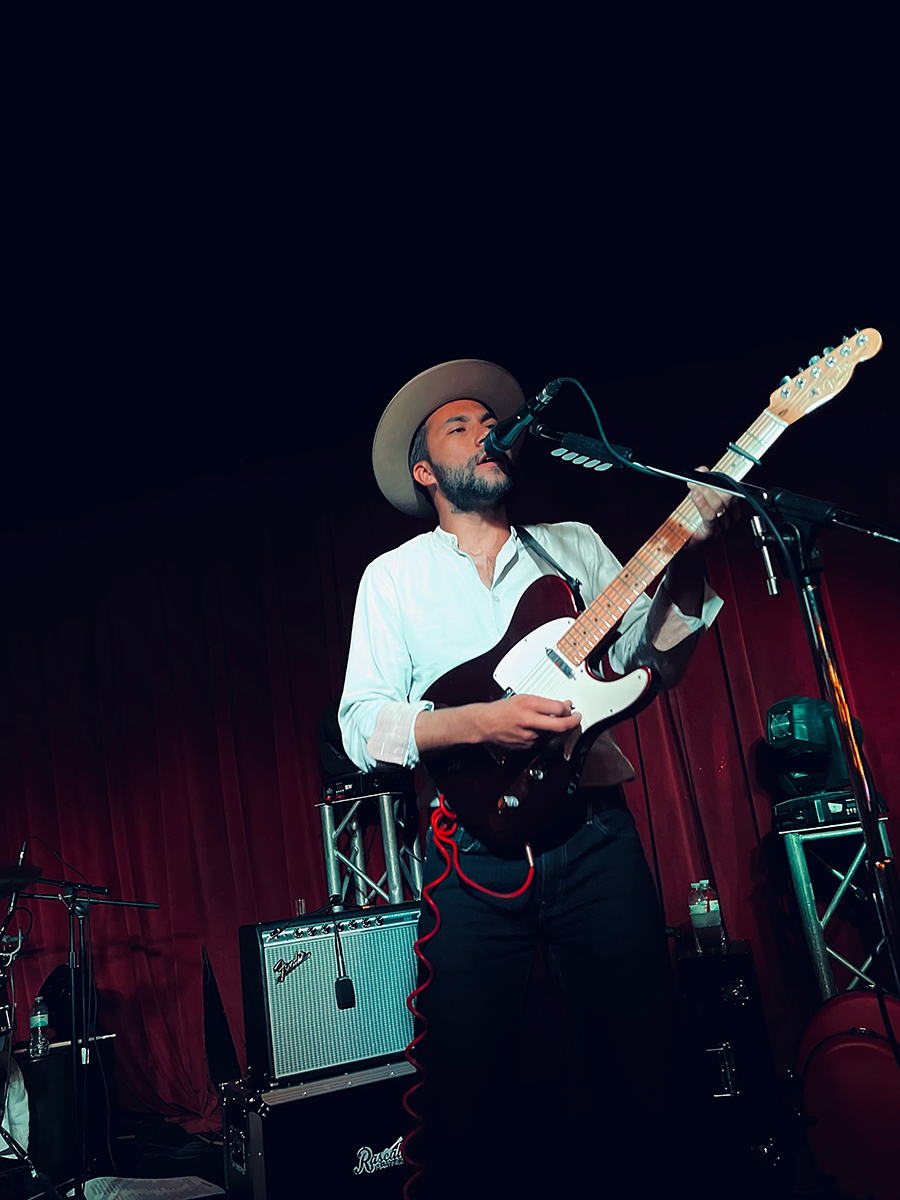 No matter where he’s at, the fact that he loves what he does is evident.

“I try to put in everything that I’ve got when doing a show,” Martinez said. “I just want to make music and get music to the people who want to listen to it. My hope is always that I can provide them with a good time, so maybe they can forget their troubles for a bit.”

Although not touring as much nationally as he was, Martinez still makes frequent trips to Nashville to write and network. He has new music in the works for next year with a combination of new sounds.

He still yearns for what’s beyond the horizon, but no longer just for himself. With the recent birth of his son, Milo, Rascal now has someone to be an example for.

“I hope he learns to be a good person and to chase his dreams,” Rascal said. “The worst thing you can do is tell yourself you can’t before you try it. Life is way too short to not go for it.” 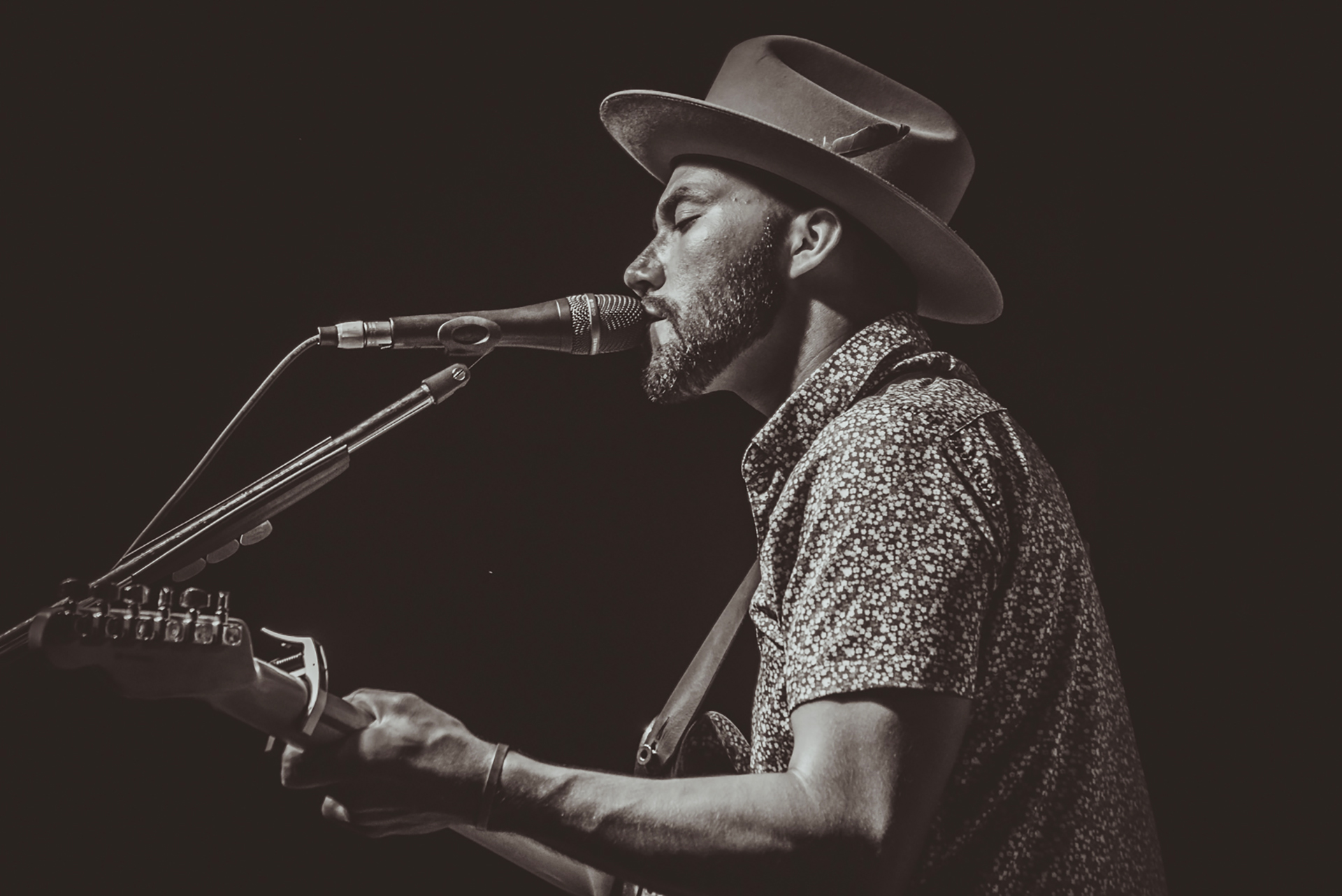 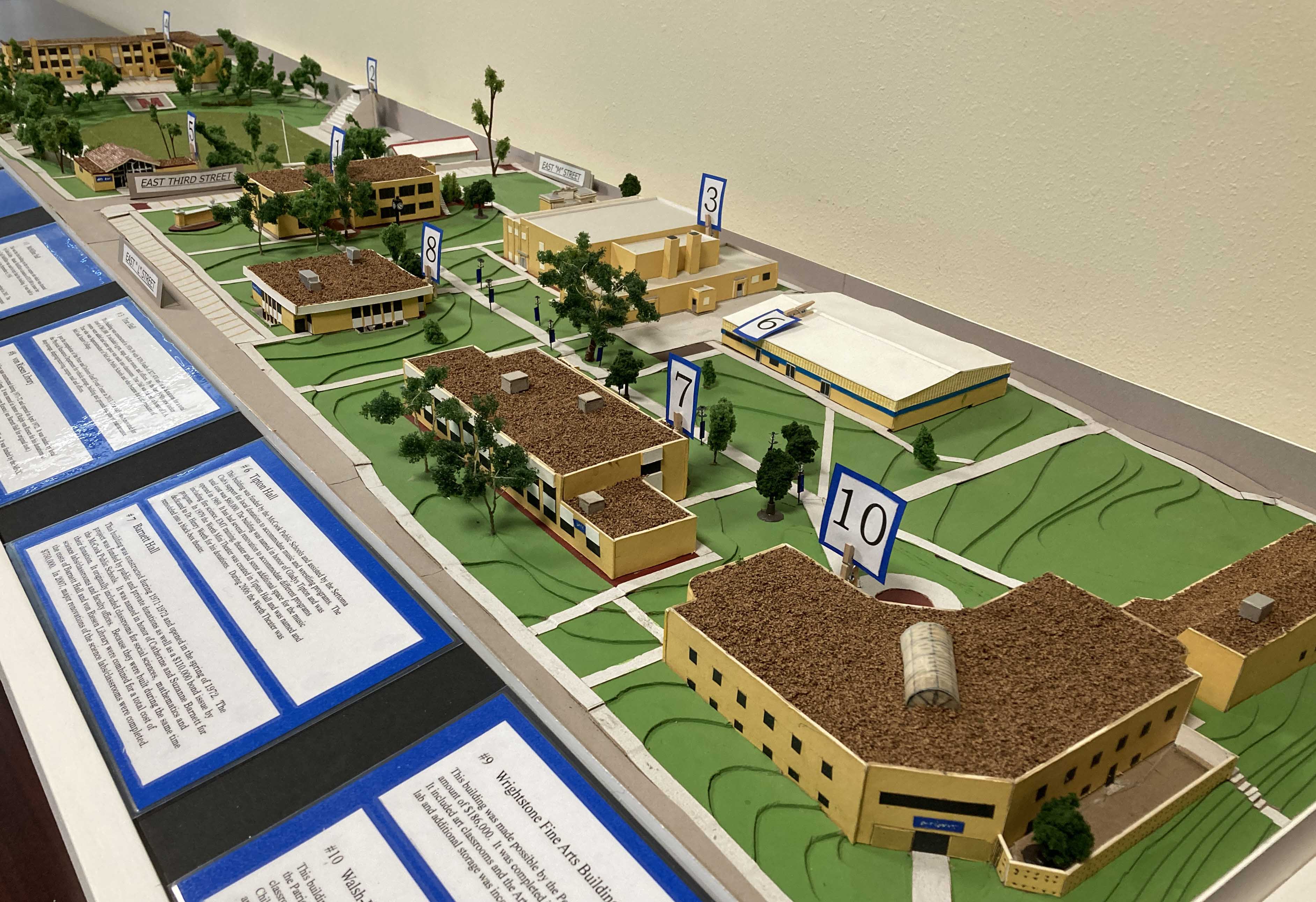