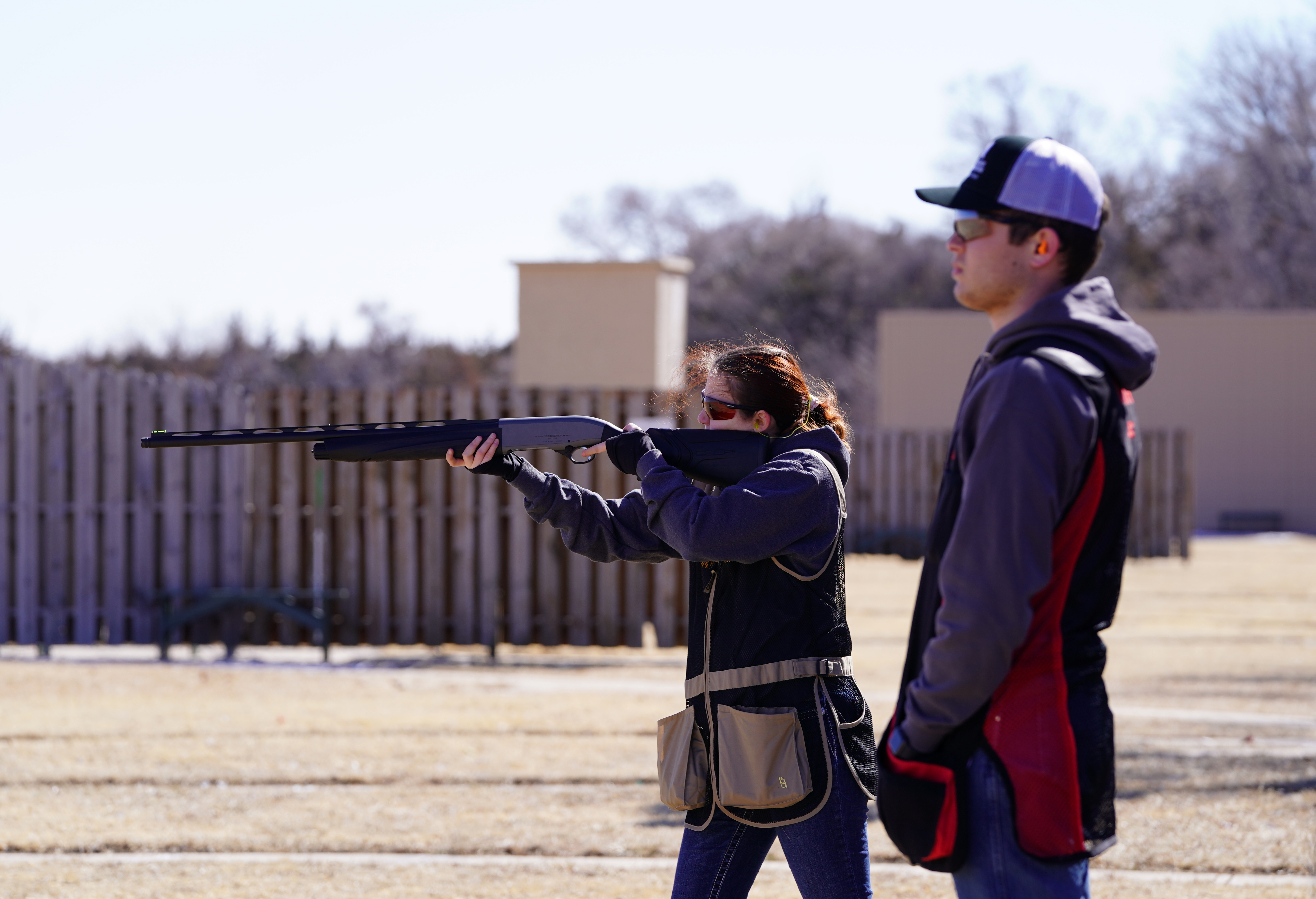 Entry level shooters will have the opportunity to learn from a former Olympian next month in North Platte.

Ellie Schad will teach a shooting basics clinic June 11 at the Lincoln County Wildlife Gun Club at Lake Maloney. The event will serve as a fundraiser for the Mid-Plains Community College Shooting Club for which Schad is an assistant coach.

“Anyone can attend the clinic, but it is directed at beginners – those who have not picked up a firearm before or who have done it rarely and just need a little extra assistance,” Schad said. “The purpose of the clinic is to introduce people who want to learn more about shotgun sports. We are going to provide a safe and supportive environment for them to do that.”

Schad is from North Platte and is an alum of MPCC. She was a member of the U.S. Shooting Team for 10 years, was part of the 2001 World Championship Team and was an alternate for the 1996 U.S. Olympic team.

She’s captured national, international, world championship and world cup titles but remains true to her roots. As a former shooting sports state champion in high school who also competed at the collegiate level, Schad recognizes the importance of mentoring the next generation.

Coaching the MPCC Shooting Club and leading clinics such as the one hosted by the college allows her to do that.

Volunteers and shooting club members will assist her with safety and instruction the day of the clinic, which is open to anyone 14 or older.

“Participants will have to take their own shotguns and ammunition,” Schad said. “We’re planning to have 30-minute sessions with five students in each. Among other things, they will learn about basic safety, the eye-target relationship, how to break targets and how much fun that can be.”

The first session will begin at 9 a.m. and subsequent sessions will be every half hour throughout the day. Check-in is 15 minutes before each session.