Game and Parks educator credits MPCC for success in life 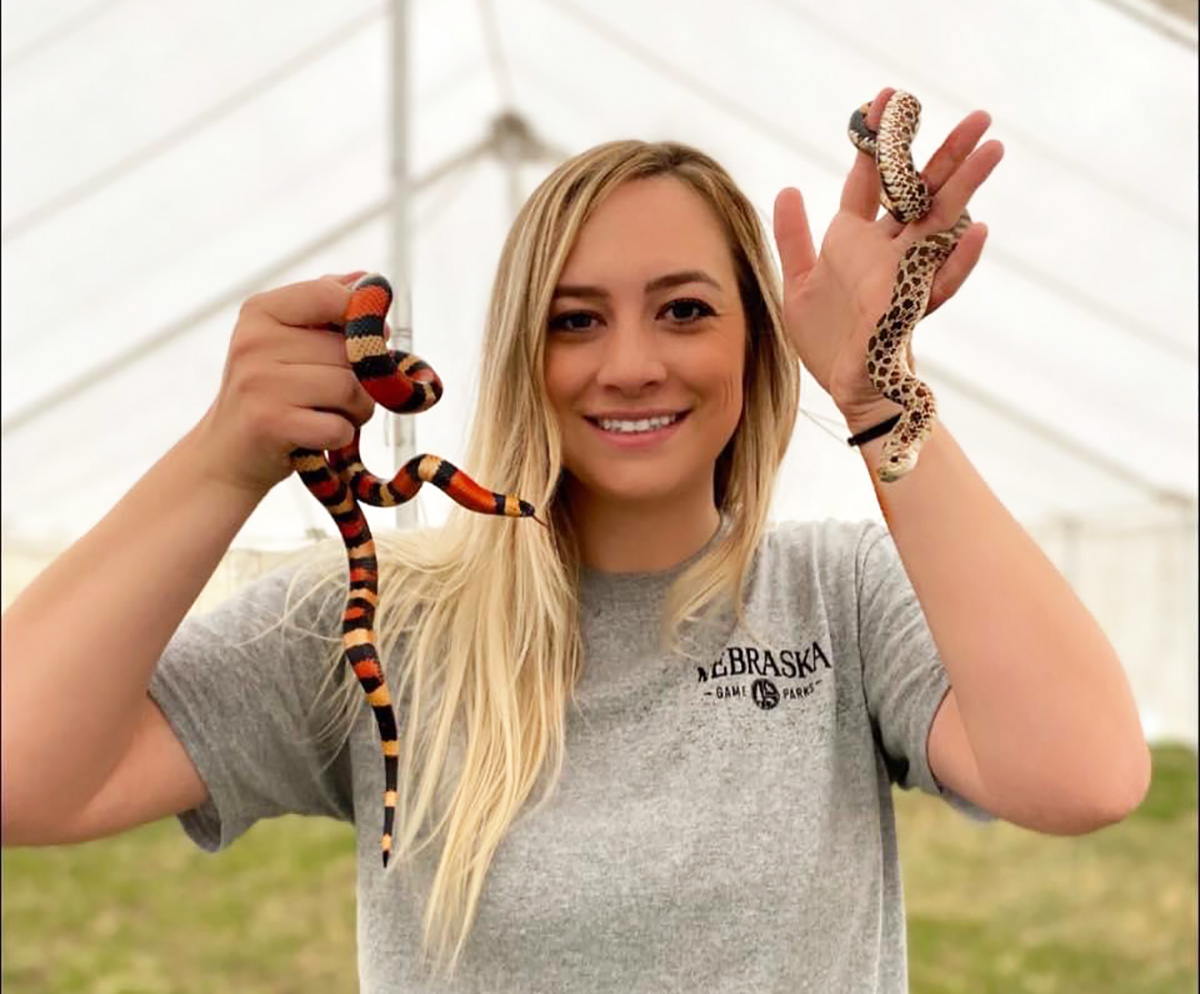 Meghan Manary doesn’t believe she would be where she is today without Mid-Plains Community College.

The North Platte native is the Southwest regional naturalist and outdoor educator for the Nebraska Game and Parks Commission. The job allows her to live out her passion – sharing her knowledge and experience of nature with those around her.

Although she has a clear path in front of her now, that wasn’t always the case. It took a while for her to figure out what she wanted to do and where she wanted to be.

“I didn’t love high school and tried really hard to graduate early because of that,” Manary said. “I ended up going through The Learning Center at North Platte High School, which allowed me to finish my classes in November of 2014 and start college early.”

She began classes at MPCC in the spring of 2015 despite not officially receiving her high school diploma until several months later.

“I always thought I wanted to go to a university, but at that time, I was a little too young,” Manary said. “I didn’t feel like I was ready to move away from home at 17, and I wasn’t in a rush. I decided to stay in town and feel things out. I had always heard great things about Mid-Plains, so I decided to give it a shot.” 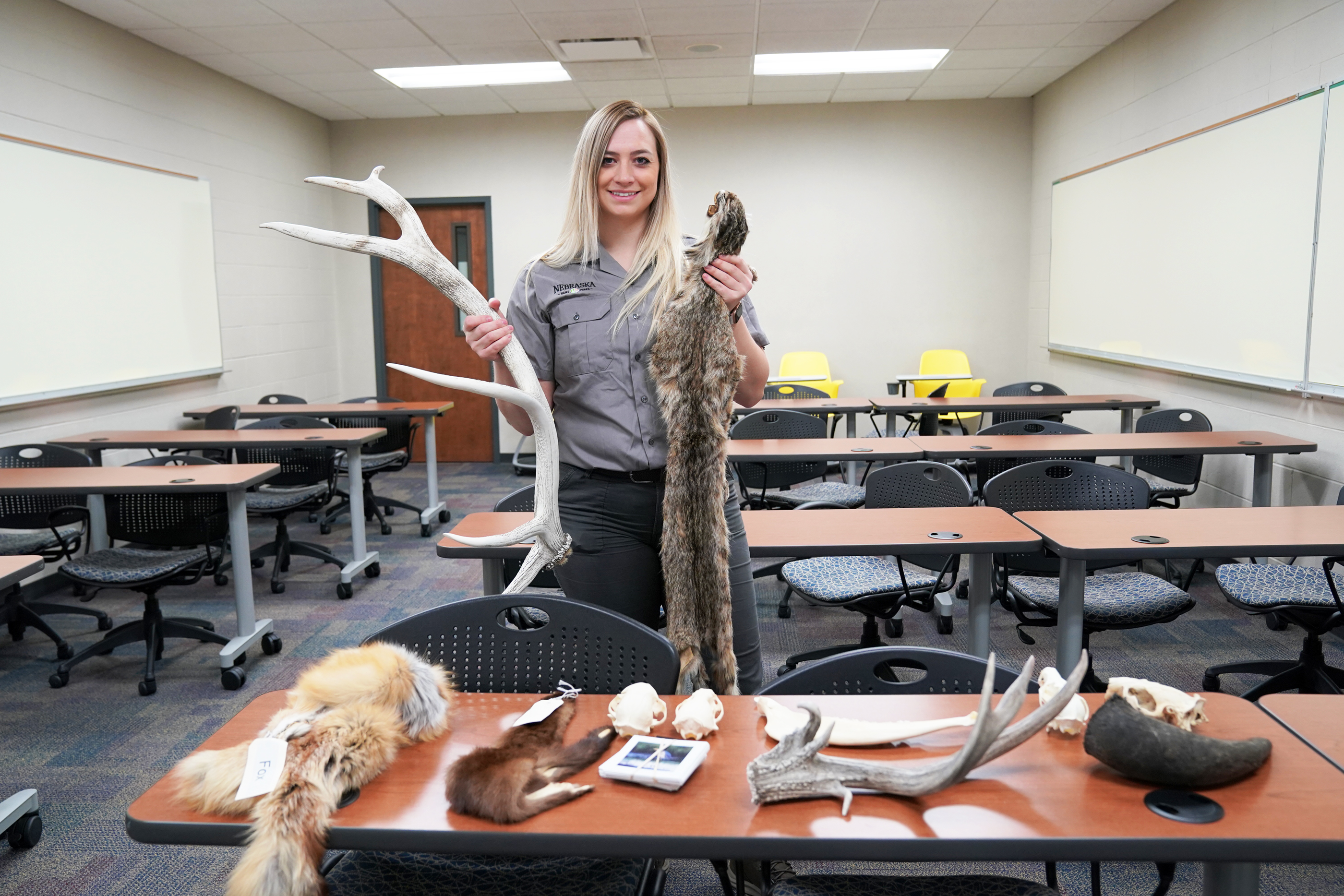 Meghan Manary prepares to give a presentation to middle school students at the Expanding Your Horizons Conference at North Platte Community College in March. Manary is an alum of the college.

It didn’t take her long to fall in love with all the opportunities Mid-Plains has to offer.

“I wanted to do everything,” Manary said. “Almost every class I took – I considered making it my major. It started with sociology, but then I changed my mind. I’ve always been interested in STEM, so I began working toward an associate of science. I was also interested in art and thought about doing that as a major as well. Then came psychology and biology. MPCC was a great option for me because it allowed me to explore my many different interests while still earning transferable credits and not wasting money.”

Manary relied heavily on her advisor and instructors for assistance in narrowing down the possibilities.

“My instructors were so caring,” Manary said. “They spent a lot of extra hours making sure their students understood the information presented. They helped in any way they could and were constantly reaching out to make sure I was OK. That attention and the small class sizes spoiled me. Mid-Plains was the perfect way to go through college.”

Manary made the President’s List on multiple occasions before graduating from MPCC in 2017 with an Associate of Science degree. She transferred to the University of Nebraska–Lincoln armed with a newfound confidence and a sense of direction and purpose.

“My advisor at Mid-Plains was great,” Manary said. “I was difficult at that time because I had a goal of studying marine biology and not staying in Nebraska. My advisor was trying to help me find a school in Texas or Florida, and in the end, we ended up selecting UNL as a starting point, thinking the biology credits would transfer somewhere else.”

Sitting in a lecture hall with 200 students in Lincoln, left Manary overwhelmed and homesick for MPCC. She might have left Mid-Plains, but its impact was still very much a part of her.

“I had to take Chem II to graduate from UNL,” Manary said. “I’d had straight ‘A’s my whole life but failed my first test at UNL, and it wrecked my mental health. I didn’t know how to handle the university setting. I reached out to my chemistry instructor from Mid-Plains who set up a Chem II class just for me, allowing me to earn the credits that I needed.”

Manary eventually switched her major to fisheries and wildlife management. She earned a bachelor’s degree in 2019 and soon found herself drawing from her time at Mid-Plains again.

“While I was attending MPCC, Dr. Carla Long had put me in touch with Julie Geiser at the Nebraska Game and Parks Commission,” Manary said. “When it came time to look for a job, I used that connection to reach out to Julie to see if she knew of anything.”

Geiser suggested a position in the parks division, and that summer, Manary accepted a job as a park naturalist for the Buffalo Bill Ranch State Historical Park and State Recreation Area. 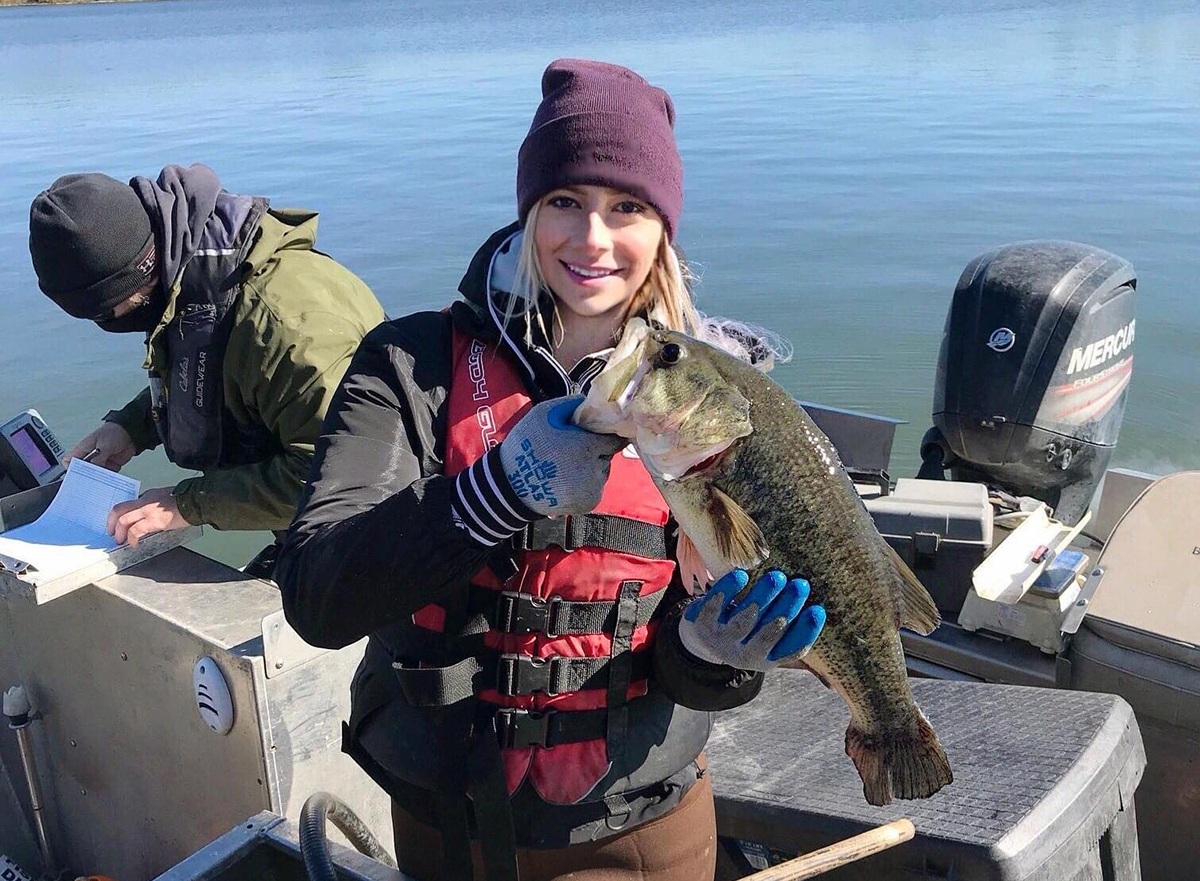 Then, thinking she wanted to do more with fisheries, Manary left Game and Parks in March of 2021 to become a fisheries research technician for the Nebraska Cooperative Fish and Wildlife Research Unit.

“I interviewed anglers, monitored fishing conditions, measured fish and assessed habitat at Sutherland Reservoir among other things,” Manary said. “I didn’t like it as much as I thought I would. I missed the educational aspect of the naturalist position with Game and Parks.”

Six months into the job, the Game and Parks department reached out to her.

“They said they were going to make a new position for me and that they wanted me to quit my other job and come back to work for them,” Manary said. “I did, and I’m now the Southwest regional naturalist and outdoor educator.”

In her spare time, she’s also continuing her education. Manary is pursuing a master’s degree in environmental education through Miami University in Oxford, Ohio.

“Life has kind of circled around for me,” Manary said. “Dr. Long put me in contact with Julie, and Julie is the reason I found a job at Game and Parks. It’s all because of that initial networking at Mid-Plains. MPCC prepared me for more than I could have ever imagined. I will be forever grateful for the education I got, the connections I made and the instructors’ passion that led me to where I am today.”